The demonstration will Include Audio, Video, I.P Video, wireless Cameras, Robots & UAVs, Concealments (Audio/Video/Tracking), and Smartphone Apps. the Demonstration is restricted to Law Enforcement personnel only.

Contact for more details at Demo@innobots.com (Seats are limited).

innoBots happy to announce its participation in the 29th 2014 NATIA - Annual Training Conference and Technology Exhibition in San Diego, CA

We are pleased to announce the establishment of innoBots headquarters location in: 2349 Centennial Drive, Gainesville, Georgia, USA.

innoBots headquarters sits on three acres of land with 10,000sqft building and 2,500sqft of offices that will allow innobots to produce and test the innovating products. 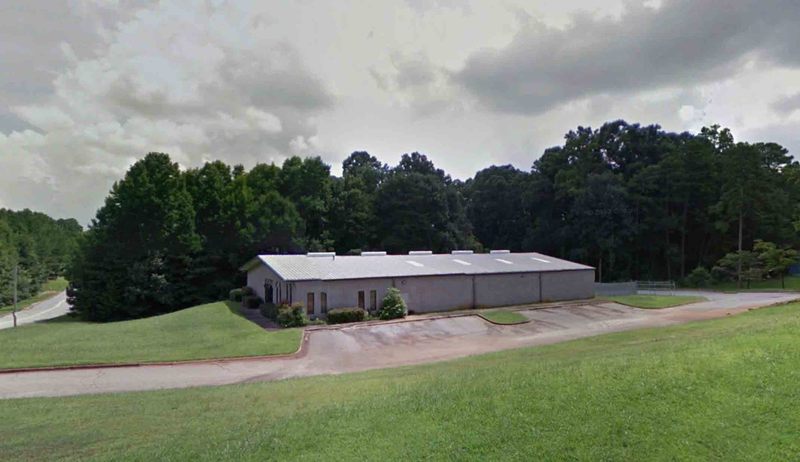 innoBots welcomes Dr. Thomas Cellucci to our Advisory Board

innoBots is honored to add the very distinguished and well-known Dr. Thomas Cellucci as an active member of our Advisory Board.

Dr. Cellucci is a well-recognized expert in the practical commercialization of new and emerging technologies in both the Private and Public Sectors (the first Chief Commercialization Officer in the US Federal Government’s Executive Branch) and was the first Director of R&D at the US Department of Homeland Security with multi-billion dollars of assets responsibility and leadership of over 1300 people.

Dr. Celucci's remarkable record includes many other accomplishments as can be seen in various publications

InnoBots selected today north Georgia as the location of its world headquarters.

“We are thrilled to call Georgia our home,” said Carmi Peleg, innoBots, chief executive officer.  “Our team worked very hard to make today a reality and excited to produce our unmanned systems on American soil to help fight the war on terror.  We chose Georgia for many reasons, primarily the support we received from the Georgia Department of Economic Development, along with access to world class academic institutions, and technical and skilled labor force.”

InnoBots is innovative, unmanned, robotics technology purpose built for use in military and law enforcement applications to deliver lifesaving results. From 2009-2011, the U.S. military suffered over 14,000 casualties, according to the Pentagon’s Defense Casualty Analysis System and iCasualties, a non-governmental organization tracking Iraq and Afghanistan war casualties from published sources. Of that total, over 8,000, or 59 percent, were from IED explosions, based on data provided by the Pentagon’s Joint IED Defeat Organization (JIEDDO). And the proportion of all U.S. casualties caused by IEDs continued to increase from 56 percent in 2009 to 63 percent in 2011.

Today, these numbers are decreasing and with the help of innoBots technology, those numbers will go down even further. “InnoBots is about saving lives,” said Carmi Peleg. “We want to bring our soldiers back home to their families. Each one of us on the innoBots team is committed to doing just that.”

Among the seven products in the innoBots fleet, the innoCarrier stands as the company’s flagship innovation purpose built to travel in advance of patrols to identify IEDs and to ensure the safety of soldiers and civilian personnel. Sophisticated engineering, the innoCarrier is made of carbon fiber material. It is a tough machine measuring two feet high and weighing 70 pounds. It is durable and lightweight and travels easily over any terrain at maximum speeds of 10 miles per hour. The innoCarrier is built to carry payloads up to 300 pounds and transport heavy gear, equipment, and even personnel. “InnoBots function remotely in any conditions,” said Carmi Peleg. “A special camera provides situational awareness and allows users to see what is ahead. This is a key advantage in any successful mission.”  The innoBots fleet also includes smaller, unmanned devices the company refers to as “gear-ready.” Gear-ready innoMicro, innoMedio, and innoFly are versatile, compact mobile robots that easily fit inside a pocket or back pack. They are designed for a single operator to quickly gather data - intelligence in the field, surveillance, and reconnaissance - ideal in law enforcement, first responders, and border patrol applications.

The company projects that given current market conditions it is on track to hire at least 50 employees over the next two years.

innoBots has completed the last phase of engineering testing and has completed building a technology demonstrator of a multi-sensor system called innoCarrier that can carry UP TO 150kg of payload including (Mines and IED detection System for detecting deep buried and surface-laid mines and Improvised Explosive Devices (IEDs).

innoCarrier carry an advanced ground-penetrating radar (GPR) and metal detector (MD) arrays into high threat environments to identify deep buried and surface laid mines / IEDs in, and next to, the advancing path of the maneuvering forces. The two main arrays (GPR and metal detector) are produce data which combined to analyze readings in real time, minimizing false alarms from non-threatening materials such as rocks, wood and other debris.

An onboard electro-optic payload with day/night cameras provide remote operators with situational awareness and enable visual surveillance from a safe distance. On-board navigation systems allow the vehicle to travel along a precise series of preprogrammed or operator designated waypoints and record and transmit the exact location of discovered threats.

innoCarrier can carry a remotely-operated weapon system slaved to the electro-optic payload for self-defense against enemy combatants or for detonating threats on the operator’s command. The system equipped with a lane-painting/marking system for designating both a safe path for following vehicles/troops and for outlining the location of discovered threats.

All development and construction of the technology is taking place at the company’s R&D offices in Israel. The demonstrator is ready for field testing by the 1Q of 2014.

innoBots Series of combat robots provide the warfighter with combat element that not seen before with remotely combat tasks in order to reduce risk to the warfighter and neutralize threats.

innoBots Series of combat robots designed to support warfighter during the performance of their mission, across the spectrum of conflict and range of military operations.

innoBots Series of combat robots are fully equipped to attack the threatening enemy all you need to do is take it out of the girt and let it hunt your enemy.

innoBots Series of combat robots that operate forward of the front lines and provide direct attack to decrease risks for combat soldiers.